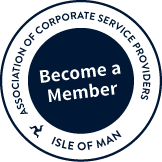 The ACSP was formed on 25 June 1999 with the primary objective of serving as the representative body for fiduciary, corporate management and administration services providers in the Isle of Man. The response from the industry was quite remarkable with a significant majority of those eligible for membership becoming members. With such an overwhelming level of membership the ACSP is effectively the trade body of the industry in the Isle of Man.

In the years preceding the creation of the ACSP, the Isle of Man had developed a very substantial industry based on the provision and administration of offshore companies and trusts. A large number of organisations and individuals were involved in the provision of the services required by clients setting up such structures. This industry was diverse in terms of its make-up and the services providers offered. At one end of the scale, there existed large organisations capable of handling mass transactions; at the other, less structured boutique operations.

The 1990s saw the rolling out on a global scale of regulation that touched many areas of the way we live and work. The Isle of Man in common with other offshore jurisdictions became subject to an increasing level of interest and review by international bodies such as the OECD, The Financial Action Task Force (FATF) and the Financial Stability Forum (FSF). In addition, the United Kingdom carried out its own review of the Offshore British jurisdictions. This review became known as "The Edwards Report". The island's regulators responded to the various initiatives with the introduction of the Corporate Services Bill, which eventually became law during the latter part of 2000. The ACSP came into being during this period to serve its initial purpose of representing the industry in discussions with Government regarding the shaping of the legislation, and consequently the industry itself. There is little doubt that the efforts of the Association had significant influence on the final content of the regulations.

Prior to 1999, the Fiduciary / Corporate Services Industry was comprised of somewhere in the region of 250 companies or individuals providing services ranging from primitive to very complex. The concept of a licensing regime was accepted (albeit cautiously) by the vast majority of those CSPs who had set up business in the Isle of Man. There was recognition by the industry that we had arrived at the start of a new era.

This era would be characterised by rationalisation of the industry and shrinkage in the number of CSPs competing in the market. Having influenced the shape of the new order, the ACSP's next significant role was to assist its members as they entered this period of adjustment. The Association continues to represent the industry in matters affecting the environment in which we operate and meets on a regular basis with government bodies to ensure that the views and requirements of the industry are known. Regular seminars are held in which guest speakers address current needs. The Association also provides speakers to address external forums and represent the industry to wider audiences. 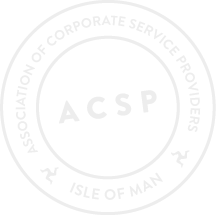